The Regional Directorate of Fisheries Management (FMRD) aims at ensuring the long term viability and the sustainable development of farmed and wild species as well as contributing to the economic prosperity of the fishing and aquaculture sectors in Quebec marine waters. FMRD wishes to favouring conditions that allow the creation of robust and stable industries which are therefore able to generate wealth and to favour employment in the Quebec Region. 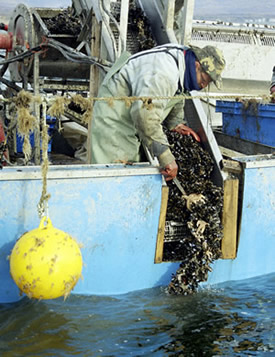 In the maritime areas there are close to 1,500 active fishers and 11 aboriginal communities (Innus, Mi’kmaq and the Malecites of Viger). Around 6,000 fishing licenses are delivered annually. In Northern Quebec, 5 Cree and 14 Inuit communities fish for subsistence. The Inuits are also involved in the commercial fisheries of Northern shrimp and Greenland halibut.

Commercial fishing landings had a value of near $238,550,000 in 2015 and approximately 4,900 plant workers processed those marine resources. Crustaceans and shellfish represented more than 90% of the landing value.

In Quebec, the main species fished are snow crab, shrimp, lobster, groundfishes (Atlantic and Greenland halibut and cod) and scallop. The seal hunt is also an important activity in the Magdalen Islands.