Harvesting bivalve shellfish (which include, among others, soft-shell clams, blue mussels and Atlantic razor clams) is very popular with residents and Aboriginal peoples from Quebec's coastal regions. Fisheries and Oceans Canada closely monitors shellfish harvesting and the shellfish areas closed to harvesting.

Bivalve shellfish (oysters, mussels, soft-shell clams, etc.) filter water to feed on the micro-organisms it contains. Thus they can amass high concentrations of certain toxic organisms such as toxic algae or pathogenic bacteria. Two toxins are particularly dangerous: Paralytic Shellfish Poisoning (PSP) toxin and domoic acid. Both are produced naturally by microscopic algae living in plankton. Shellfish accumulate them in their flesh by eating these algae.

Humans that consume shellfish containing these toxins may suffer nervous system problems that can lead to death. While not fatal, other biotoxins produced by algae in the St. Lawrence River can cause serious digestive or intestinal problems.

With the Canadian Shellfish Sanitation Program, the Canadian Food Inspection Agency, Environment and Climate Change Canada and Fisheries and Oceans Canada work together to monitor shellfish safety and to close shellfish areas that pose a risk to human health.

Before harvesting shellfish, check the shellfish areas' status and comply with any regulations in effect.

The DANGERS of Illegal Harvesting

Areas Closed Off to Harvesting

Harvesters wishing to harvest shellfish must first check the shellfish areas status and comply with the regulations in effect.To find out which harvest sites are safe, you can visit the web site SHELLI : (S)hellfish, (H)arvest, (E)xtents, (L)atitude, (L)ongitude, (I)nformation or call one of the following telephone numbers: 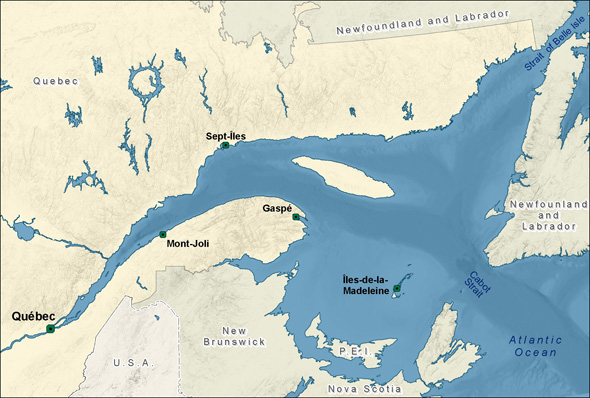 In addition, the harvesting of shellfish less than 125 metres from a wharf is banned at all times because of the contamination risk.

Shellfish harvesting areas can be closed off for public health reasons or for conservation purposes. Under the Management of Contaminated Fisheries Regulations, it is forbidden to harvest shellfish in closed off areas. Shellfish areas closed off for public health reasons are identified by interdiction posters in the harvesting areas. Fisheries officers patrol closed beds to ensure that no unsafe shellfish are taken; if necessary, violators are ticketed.

The most recent area closures are posted in the In the News section on our Regional Home Page.

Shellfish harvesting is regulated to ensure resource conservation. As a result, harvesters must comply with the following regulations:

In sectors where it is permitted to fish these species, harvesters should respect the following minimum sizes:

* The minimum size is measured at the longest part of the shell.

Fisheries and Oceans Canada can issue shellfish licences to harvest contaminated shellfish for decontamination or scientific purposes under the Management of Contaminated Fisheries Regulations.

To apply for a licence to harvest contaminated shellfish, please contact the Fisheries and Oceans Canada office in your sector.