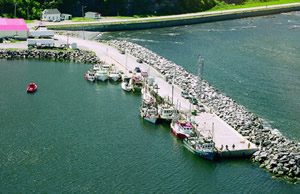 In Quebec, several thousand jobs, in particular in the Gaspe, the Magdalen Islands and on the North Shore, are dependent on activities related to the commercial fishery and aquaculture. In this context, the regional Small Craft Harbours Branch operates and maintains a system of harbours to provide commercial fishers and recreational boaters with safe and accessible facilities. Its primary objective is to keep operational and in good repair harbours critical to the commercial fishing industry.

The network of fishing ports is managed so as to promote operating efficiency while supporting the economic development of coastal communities. Thus, certain ports are today defined as vital to the conduct of commercial fishing activities in Quebec. Owned by Fisheries and Oceans Canada, they are managed in conjunction with local harbour authorities and have budgets adapted to their economic and social importance. 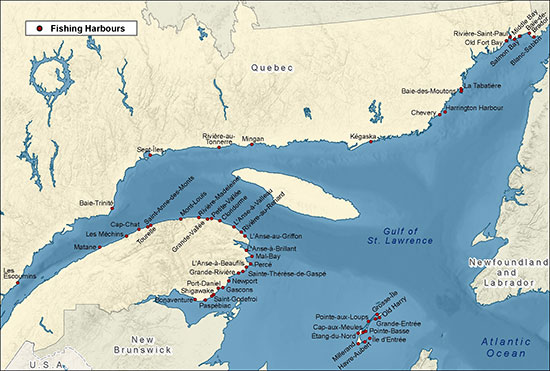 Efficient management of a network of harbour facilities is greatly facilitated by partnerships with local authorities. For that purpose, the Department set up the Harbour Authorities Network in 1990. 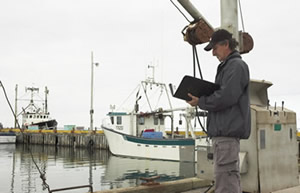 A Harbour Authority is a non-profit corporation that operates and manages a fishing port in accordance with local needs and government directives. It is made up of volunteers who keep the facilities running smoothly and act as advocates for users interests vis-à-vis the Department in the area of harbour services and operational priorities. Some fifty fishing ports and numerous coastal communities in the Gaspe, the Magdalen Islands and on the North Shore are benefiting from the expertise and dedication of the volunteers of the local harbour authorities.

Navigators wishing to enter a commercial fishing port must contact the local harbour authority to check what moorings are available and what services are offered, as well as water depths and usage fees.