Area Offices: Gateway to the Department

Fisheries and Oceans Canada’s Area offices on the North Shore, in Gaspe-Lower St. Lawrence Area and on the Magdalen Islands are the gateway to the Department for the communities in these areas. Because of its privileged relationship with DFO clients and partners, area staff plays an essential role in the planning, co-ordination and deli­very of Departmental services. 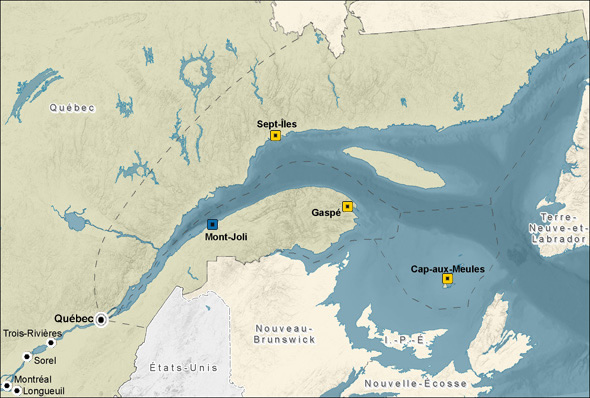 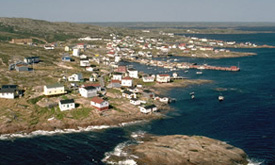 The North Shore Area covers a huge territory between Tadoussac and Blanc-Sablon, including the banks of the Saguenay and the shores of Charlevoix and of Anticosti Island. Dotted with small isolated communities, on the Lower North Shore, which depend almost exclusively on the fishery, the Area also has a significant marine mammal watching industry.

In addition to North Shore Area office in Sept-Iles, DFO has three district offices, in Baie-Comeau, Havre-St-Pierre and Blanc-Sablon. Two Coast Guard search and rescue bases, one in Tadoussac, the other in Havre-St-Pierre, also watch out for users safety. Finally, there is a Marine Communications and Traffic Services centre in Les Escoumins. 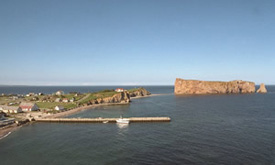 The Gaspe-Lower St. Lawrence Area covers the south shore of the St. Lawrence from Québec to Gaspé and the north shore of Chaleur Bay. The Sector has an extensive network of fishing ports all along the Gaspe shore and generates more than half the landings of marine species in Quebec.

The Area has a main office in Gaspé and two district offices in Grande-Rivière and  Ste-Anne-des-Monts. A Coast Guard search and rescue base is located in Rivière-au-renard. 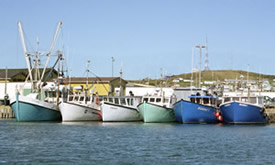 The Magdalen Islands Area serves the public of this archipelago in the Gulf of St. Lawrence. The fishery industry, in particular lobster, plays a major role in the Magdalen Islands economy, while the seal hunt is still an important socioeconomic activity.